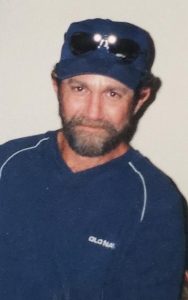 There will be a Celebration of Life Service for Roger on Saturday, July 17, 2021 at 10:30 a.m. at the Harris Grove Chapel in Harris Grove Cemetery, Logan, Iowa.

Growing up on the farm, kept Roger busy helping his Dad; milking cows, feeding hogs and cattle as well as the crops. Roger graduated from Logan-Magnolia High School in 1970.

Roger began his construction career working at Capital Construction in Logan, Iowa. Building bridges became something he enjoyed doing because each bridge has its own challenges as it was created.  Years later Roger worked for Godbersen-Smith Construction until his retirement.

Roger enjoyed relaxing with a beer, listening to good “old rock & roll”, and visiting with friends. He didn’t know a stranger, and loved being around people and just ‘shooting the breeze ‘ with them. He always loved being outdoors observing the nature around him. Roger loved working on cross word puzzles each day.

Roger was preceded in death by his parents, Claude and Berniece, his brother Steve and his wife Cathy, nephew Chad and his nephew Mike and Mike’s wife Terry.

A Memorial Service will be held on  Saturday, July 17, at 10:30 am,  at the Harris Grove Chapel.  Internment will be at Harris Grove Cemetery .  Luncheon will follow.