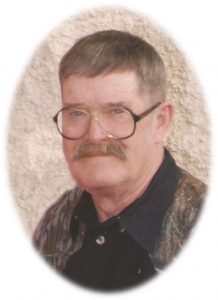 Bernard “Bernie” Eugene Barber was born September 4th, 1943 in Newell, SD to Alfred (Gene) Barber and Laura (Bunn) Seieroe. He graduated from Newell High School in 1961. He was married to JoAnne Raus on February 7th, 1964 in Blair NE.

Bernie was a welder, he worked at Sno-Co, Obeco, Union Pacific, Tomasek Machine Shop, Vulcan Industries and Arnold Tool.   He was a welding instructor at Job Corps in Denison IA. He also worked in the orchards.

Bernie enjoyed crossword puzzles, word searches, playing cards, fishing, hunting, and dancing. They enjoyed going to auctions and garage sales looking for antiques for their business, Touch of Past.

The family invites everyone to a time of lunch and fellowship at the church following the committal service at the cemetery.

In Loving Memory Of