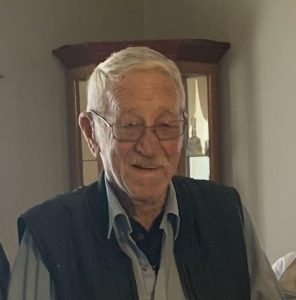 Alvin Floyd Clark of Logan passed away peacefully at home on December 23, 2021.  Three days shy of his 83rd birthday.

Alvin was born on December 26, 1938 in Logan, Iowa to Theodore (Ted) and Ada (Pitt) Clark.  He graduated from Logan High School in 1956.  He joined the United States Marines in January of 1960 and proudly served until January of 1963.

After The Service, Alvin lived in Missouri Valley and worked for Missouri Valley Grain Elevator for several years.  He then moved to Denver, Colorado where he worked for FMA/Manna Pro as a truck driver hauling feed.  Alvin enjoyed fishing, going for drives in the mountains, and playing cards.

Visitation will follow at the United Methodist Church in Logan, Iowa.